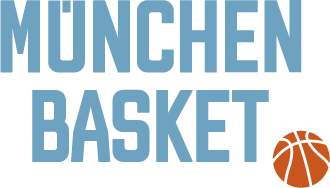 Our team went into this game in 3rd Place in the league standings with a 3 Wins & 2 Losses (an early season loss to TSV 1860 MÜNCHEN and a humiliating 50 POINT butchery loss to TSV Schleißheim ).

2nd TSV 1860 MÜNCHEN is at 5 Wins & 1 Loss and still further ahead are undefeated 1st TSV Schleißheim at 6 Wins.

Needless to say, this was a “MUST” win game for the Herren3 guys, so, as to avoid falling further adrift of the league leaders … !

Our team was (seemingly) well-prepared for this opponent (a team our present roster has never beaten) as we drilled the OFFENCE, DEFENCE, and TRANSITION game “plan” several times over.

DEFENCE was to be the top-priority as this “energy” could translate into scoring opportunities.

As was so eloquently stated by a wise man, “ … everyone has a plan, until they get punched in the face” – Mike “Iron” Tyson ca. 1997 C.E. or if one prefers, “ … no plan survives first contact with the enemy” (ALL Military War Planners). 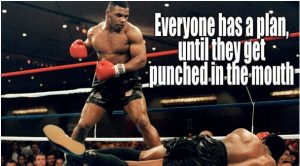 As per usual our opponent drew first proverbial blood with an “And1” and again more blood, and yet again drained more blood to the point that we were minus 17 POINTS after only 7mins having ourselves scored only 4 miserly POINTS.

After numerous line-up changes (new plans) we closed the gap @HALFTIME (HT) to minus 3 POINTS (35-38) on the back of SG MARCUS REGNET ´s QT2 12 POINT scoring barrage.

We felt we had a fair chance going into the final QT and, in fact, we got as close as minus 3 POINTS (77-80) @36mins behind yet another scoring “air assault” of 12 POINTS (16 QT4 POINTS) by MARCUS REGNET but then allowed 9 unanswered points while playing poor and unorganized DEFENCE.

The final 2minutes were a perfunctory exchange of baskets leading to the final score of MUC OST 95 – MÜNCHEN BASKT 81.

Lesson(s) learned: Old hand-laundry service proverb: “No ticket, no shirt” … meaning, in our case, “NO DEFENCE, No “W” … we cannot continue to allow very beatable opponents to “use” or “roll” us for nearly 100 POINTS each game and help make them look like Euro-League Profis and expect to get to the top of the standings.

Furthermore, if twelve (12) players are playing against only six (6) players, 4 of who are not their team´s starters, and still get rolled, then, something is wrong.

Next game @HOLZKIRCHEN on Saturday, 9 December versus a team that has routinely beaten us by 50 POINTS in past seasons … let´s work still hard(er) … J