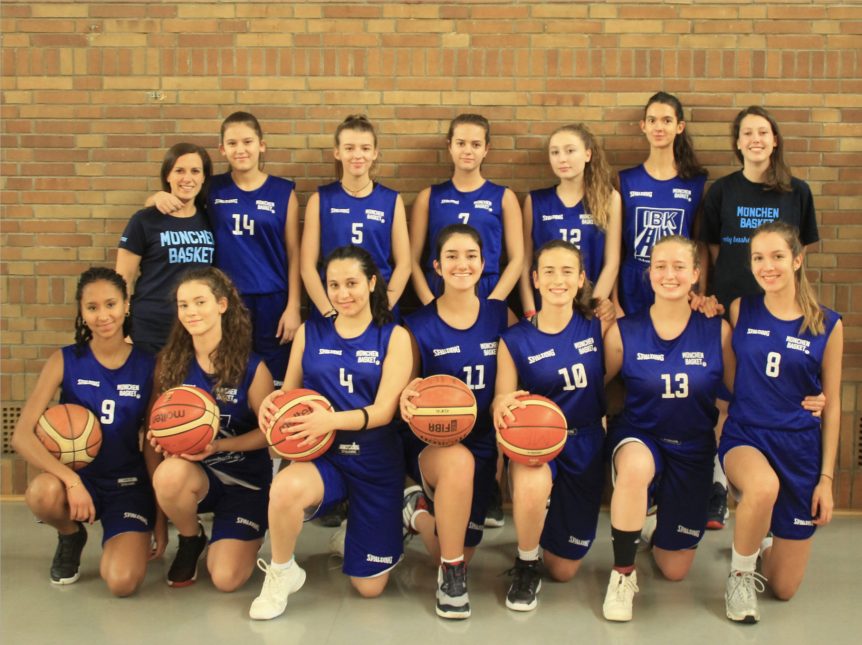 On Sunday 25 February, the little ladies of coach Chiara played against the external rivals of MTV München.
All parents and friends were there to support the team and to fight for the third place in the Bezirkoberliga.
Finally with the full roster available, we decided to full-court press from the beginning of the game, and to higher the rhythm
as much as possible: defense, aggressive on ball, steal and fast-break! It worked amazingly and it allowed us to dominated
from the first moment and to take home a massive, important victory with 43 points of  difference (78:35).
“It was so fun to see this game”, “They play as TEAM, where everybody gives an important contribution”, “So many steals”,
“The defense was  amazing” these were some of the comments of our big fans 🙂
Very good performance for Captain Esther,  MVP of the game with 22 points and countless assists!
Also, a very positive debut for the U14w Despina (8pts)  and Andrea(4pts).
Coach Chiara is really proud of her ladies and of the hard work in training and the team attitude of each member of the team!
Teile mit anderen...