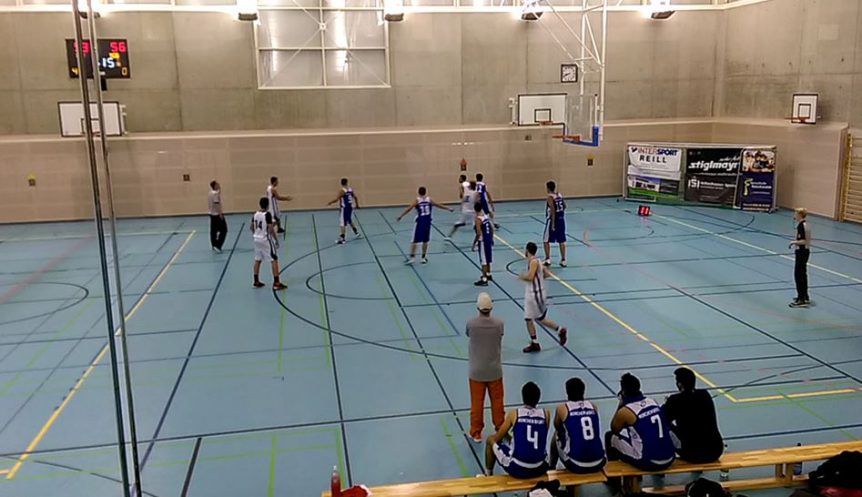 Very much like the making and passing of laws in congress and the making of sausage in a factory, the recruiting, the bringing together, the teaching, the motivating, and the making of an eclectic and motley crew of basketball players come together to play as an intelligent and passionate TEAM is all … a PROCESS! Hopefully, one, that is completed before ALL of coach´s head hairs turn gray.
So, a tough early-season loss forced to be accepted … without chemical assistance. Ugh!

We began the game fired-up enough but we were unable to create any separation or even control the tempo and, thus, closed QT1 tied @14-all, notwithstanding the fact that, our passionately- and well-played zone defense was able to force two (2) 24-sec shot clock violations in the opponent’s first three (3) possessions of play in QT1. Bad sign of things that were to come thereafter.
Surely enough, we spent the remainder of the game, basically, exchanging baskets until seconds left in the game when, with us ahead by 1 point, we allowed the opposing team´s center to just walk in behind our defense to receive a soft lob pass from the perimeter to score an uncontested lay-up basket and draw the foul to take a 2-point lead and the victory.
So, not to labor on about it but … „It’s all a process. Everyone wants instant oatmeal but it’s always a process.“ – L. James (ca. November 2015)
Ladies, gear-up, ´cause, practice sessions are going to go to the next (much needed!) level of intensity.

One cannot expect nor does one deserve to win a closely-contested AWAY game against a highly-motivated team of young players, if you do not defend the 3-point line (we gave up five (5), yes, 5 3-pointers (mostly of the uncontested variety)) and missed 8 of 11 FTs in the 4th QT. Nope. Bad. Boo!

Note: Our largest lead was 6 points (@12min.) and biggest deficit was 3 points (@32min.).
Game shot? None really but … THIS image encapsulates our biggest problem … poor DEFENSIVE court presence. Our #6 and #10 are totally out of position and unawares of open assignments repeatedly throughout the game. Boo! (Yes, this late game lapse allowed a FG and a made FT).

Shout-outs? Always!
Weeks before the game, coach chided and then demanded a „statement“ game (´cause it´s always ´bout sendin´ a message, y´all) from Chris B. as, although, he´s been most helpful on the defensive boards, he wasn´t reaching his potential on the OFFENSIVE end yet … until, that is, THIS game, when he responded with a 25/15/4 stat line (EFF: 38), basically, keeping us in the game the whole way through.
„Thanks! also to Thomas K. who was his steady and efficient self (EFF rating of 23) with a stat line that read, 14/15/4, notwithstanding, sitting out the entire 2QT with 3 fouls picked up by Minute 9.

Once again, not having accomplished the task of controlling the tempo, let alone the game itself, we were unable to play our young guys meaningful minutes. Though, please, sit tight, it´ll happen!
So, then, stay tuned! Our next game, an away match versus TSV München Ost 4 is scheduled for Sunday, 19.30h, 27 November 2016 (Sieboldstrasse 4, 81669 Munich).
It´s already being titled, „The Battle on The Isar for The Hearts & Minds of the City of Munich!“ in the basketball indie-underground „talking heads“ scene.